When you set out to learn something new, you typically aren’t starting completely from scratch. For example, you probably didn’t have to learn how to read English just to read this blog. Transfer learning is a way to take a model that has already been trained on a related problem and use it as a starting point. This has a few benefits:

One of the most popular introductory Kaggle competitions is classifying images of cats and dogs. Here we need to predict if an image contains a cat or a dog. 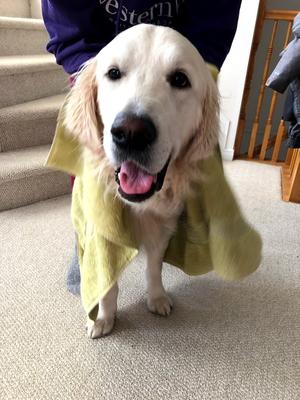 Instead of training the model completely from scratch, we can start with a model trained on the ImageNet dataset. This is a dataset with millions of images that all belong to thousands of categories. For example, some images are categorized as “flamingo” or “basketball”. The ImageNet challenge is a competition to train the best model to predict the correct class out of 1000 preselected classes. Many of these classes are specific dog breeds (e.g. “Pembroke, Pembroke Welsh corgi”) but we are interested in the more generic question of “dog or cat?”. We can take a model that has already been trained on the ImageNet dataset and fine-tune it to our specific problem. These pretrained models are typically deep neural networks (specifically convolutional neural networks or CNNs).

As a refresher, let’s look at how a neural network works at a high level. There is an input layer where the raw data is fed. In the case of images this is pixels. There is an output layer which has a neuron for each class. In our case we have two classes: cats and dogs. In the middle there are hidden layers with weights for each feature. In deep neural networks the features come from the previous layer (e.g. the first hidden layer uses the input layer, the second layer uses the first etc).

When we train a model from scratch, these weights are initialized randomly. In transfer learning, we start with the weights from the pretrained model. This means that we need to use the same model architecture (number of hidden layers, how they are connected etc). Popular pre-trained models/architectures for this ImageNet include VGG16, VGG19, ResNet50, Inception V3, and Xception (though you don’t really need to worry about this). We can change the number of neurons in the output layer, as the original model had 1000 neurons in its output layer while we only have two.

In CNNs the earlier layers (closer to the input layer) typically learn to identify more basic features about the images. For example, the first layer could identify things like horizontal or vertical lines. The second layer could identify corners while later layers can identify much more complicated structures like eyes or paws. The relevant features (horizontal/vertical lines) from the earlier layers probably won’t change much between the pretrained model and our model. The last few layers are much more likely to be different between the pretrained model and our model. For example, features that were relevant to identifying a basketball are not particularly useful for the cats vs dogs problem. Of course, this isn’t true if all of your dog pictures come from the Air Bud movies. One technique that people use when fine-tuning models is layer freezing. This means that you don’t let the weights in the earlier layers change, while the weights in later layers can be updated. A related technique is called discriminative fine-tuning which is where you have different learning rates for each layer. 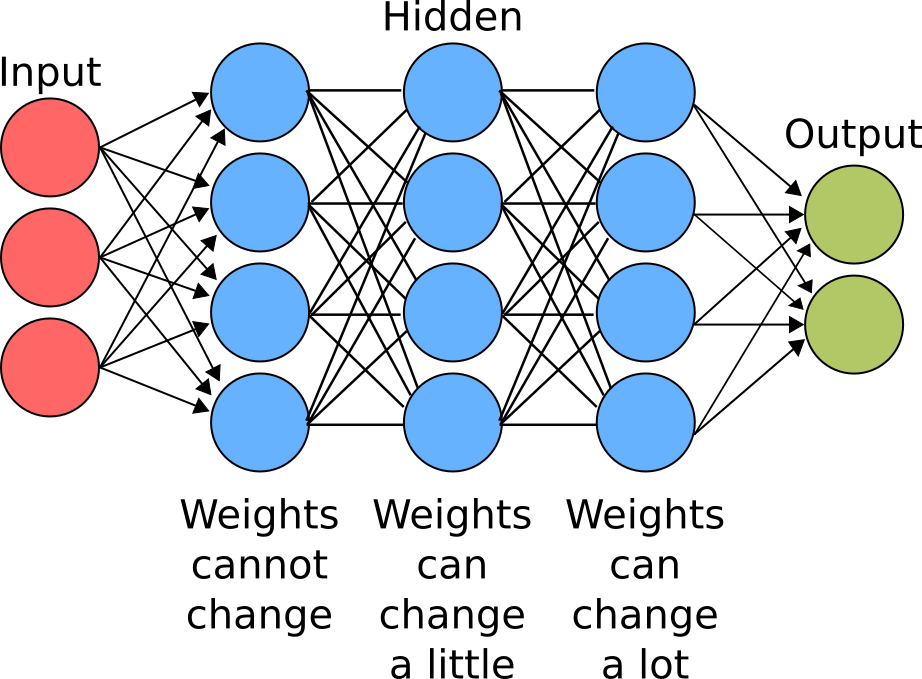 Transfer learning has been applied to computer vision for years. In the past couple of years it has also gained a lot of traction in NLP. Sebastien Ruder, one of the authors of ULMFiT (Universal Language Model Fine-tuning for Text Classification), wrote a blog post titled “NLP’s ImageNet moment has arrived”. In this post he outlines three methods for doing full transfer learning on text, including ULMFiT, ELMo, and Transformers. Historically, the first layer of deep learning models for NLP were initialized with word embeddings. The rest of the network was initialized randomly and needed to be trained from scratch. Each of these techniques uses a different approach (though they all use pretrained language models), but I’ll talk about how ULMFiT works at a high level.

In practice there are a few things to keep in mind:

Transfer learning is an extremely powerful technique that can improve performance, training time, and reduce the amount of labelled data required. It’s worth keeping in mind that you will inherit any bias that exists in the pretrained models (or their underlying datasets). You also need to make sure the dataset used to train the pretrained model is similar to the dataset you are trying to use. Starting with a model trained on images of puppies will not be helpful when trying to classify medical images. Knowing when to use pretrained models comes with experience as well as asking domain experts.

« S is for Supervised Learning U is for UMAP »